The developmental needs approach from a Biodynamic Psychology point of view

FROM GERDA BOYESEN TO FRANK LAKE

Gerda Boyesen always emphasized the importance of “well being”, usually she would connect that with the recovering of  "oceanic waves” which are interrupted during our development and education on several different levels, that are usually called “Character formations”.

Character formations happen, as we all know, from the start of life and sometimes intra-uterine life.

What it is important to research is that well being is already a second stage of development, before that we have just the “being state”.

We can have an easy accepted being or not, and from that we start developing our way of being, well or not.

Biodynamic Psychotherapy works a lot with regression mainly stimulated by touch and massage.

The techniques relate to the history of the patientt  in a molecular way, talk with the patient on a pre verbal level, leading the patient into a  primitive state.

That primitive state many times leads to a deep dependence on the therapist.

Understand that development and analyse what happens since birth and sometimes before it is crucial to understand where the patient is, where the therapeutic relationship is and where are we going.

Using some of the maps of development from Frank Lake we will study and understand in a deep sense the true deep love free of anything else to the start of the wishes, from subjective human relationship to objective human kind of relationship.  From not knowing to knowing, from being to well being, from not being to bad being.

Reparation will be one of the focus and reparation happens on that new relationship with the therapist that will be shown in Lake’s maps from acceptance, well being, status and realization.

The Ontological Model of Frank Lake

Frank Lake was a psychiatrist, whose understanding of the person led him to develop theories and training courses in Clinical Theology that has had a profound influence upon many people, between 1962 and his death in 1982, and even to this very day. His early focus was upon the relationship between human distress and the earliest years of life (Object-Relations Theory).

Frank Lake developed an important way to look at the development of the baby that can be applied to any stage of life. It can be used for a diagnostic and a prognostic for where the patient is and the relationship with the therapist.

During the supervision work we will use the Lake’s maps to identify where the problematic of the therapeutic relationship is situated and where it is possible to go from there.

The developmental phases repeat in cycles according to the needs and the growing stages of life.

As we grow our responsibilities (our abilities to respond to the demands of life) become more mature, leading us to learn how to be the best way possible in life without losing the capacity for wellbeing and faith.

The world is always interconnected, one depends on the other and one is independent of the other.

The person lives in me as if it is another me. People I love live in my being, it is not only an introjection in me of another I.

My I become you in me.

The presence of the other, if it happens,  from the "onthological love" emerges the “we”.  This is beyond empathy.

Here we are going to deepen the concepts of desire and love, what is the difference between an object and a person.

When the whole society is built around self-preoccupation, the embers become separated from one another, divided and alienated. And that is what is probably happening with us.

Our society became a conspiracy against well being and joy. Too much emphasis on the individuating part and too little on the bonding parts of our consciousness, the heart and the soul. There is a shocking rise in mental illness, suicide and distrust.

It is time to find another way of existence and recover the community, communion and interconnectedness between us, including nature, earth and global.

The objective of the supervision days is through the concepts of Frank Lake explore the individual, the relationship with the therapist and the society.

The source of “being” and “well being” is opened by love and care, acceptance and support (sustenance) provided by the “source person”, going inside the “need” to the “being behind the relationship”. In this way, the communication lies between personal “sources”. This input provides a strong sensation of “status”, and the identification motivates the movement outside the channel. The realization is expressed outwardly. The source of 'being' and 'well being' strengthen the capacity of differentiation/indifferentiation.

There will be distributed text about the work of Frank Lake and others to root our work and knowledge.

Ability to match the style of the supervision to the experience of supervisee and client via  recognition of individual needs and differentiations on developmental levels: organic transference, verbal transference, resonance and the consequential diversity on the therapeutic relationship

Rubens Kignel is a Professor, Psychotherapist, Lecturer, international trainer (Brazil, Italy, Europe and the far East) and Researcher.  He offers a rare integration between the Biodynamic work, Biosynthesis and Reichian work.​ 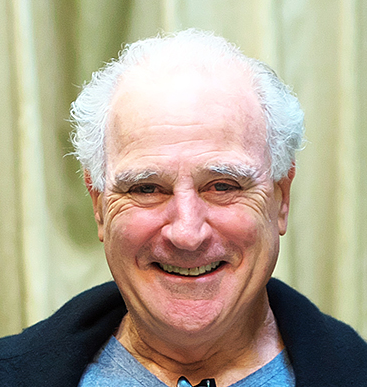 Cancelling a place booked on a workshop

The fee for workshops is non-refundable. If a participant booked onto a workshop is unable to attend, someone else can attend in his or her place. If numbers have been restricted there may already be a waiting list of people wanting a place. Please check with the administrator.

The responsibility for transferring a cancelled booking for any event lies with the person wishing to cancel. Anyone wishing to arrange a substitution should let the workshop coordinator or CBP administrator know, so that we do not charge twice for the same place.

The London School of Biodynamic Body-Psychotherapy is a member of the UKCP.

A CPD certificate will be issued.